Message from our President

Words We Live By

Innovating Together For a Sustainable Future

As DC celebrated 50 amazing years in 2017, it also marked a significant step into the college’s future with advancements in research, technology, experiential learning, programming, partnerships, and so much more.

The college has truly leapt into a new era where the future of education is driven by innovation and collaboration and advances in new technologies are breaking down global, cultural and economic barriers to transform business and industry. As part of our commitment to this new wave of learning, the college is strategically focused on the role of technology; from shaping its programs and the student experience to its impact on applied research, business and industry partners, the community, employees and graduates.

DC professor and lead researcher, Amit Maraj and his team are at the hub of technology – literally – with the college’s new Applied Research in Artificial Intelligence for Business Solutions (AI Hub), which according to Maraj, “is already leading to breakthrough technology in artificial intelligence (AI) designed to improve future operations and efficiencies and open the doors for companies to make an important contribution to the global economy.”

In the meantime, Allison Hector-Alexander, director of the college’s Office of Diversity, Inclusion and Transitions, understands that technology is also creating an increasingly interconnected and empathetic global society. “We are recognizing the enormity of what’s going on around us and how we support each other globally via technology. There is a critical need for society to take a closer look at self-care, in the midst of global events.”

This commitment to universal collaboration is only amplified by The Global Class, which sees DC use technology in creative ways to connect students, faculty, thought leaders, subject matter experts and visionaries from around the world together to share ideas and generate synergies in areas such as technology, business and industry, while bringing meaningful discussion about diversity and inclusion to the forefront, ensuring a stronger future for everyone.

DC students and graduates have emerged as agents of change with the college committed to joining them in their mission to solve major issues such as climate change. The college recently received $14.9 million in funding to support its Simcoe Geothermal Field Project, a multi-year initiative at the Oshawa campus to create a net-zero carbon footprint in existing campus buildings via a geothermal field, new central plant and piping network. This complements the extraordinary work of alumnus Brent Lessard, a 2014 DC Mechanical Engineering Technology graduate and co-founder of rLoop, a think-tank and talent resource, that is using new technology in sustainable and renewable energy transmission and storage to help solve transportation issues and mitigate climate change. "This kind of technology was unparalleled before now,” said Lessard. “I can’t wait to see what kind of advances we’ll see in five to 10 years.”

From the new AI Hub and Centre for Craft Brewing Innovation to the launch of its first degree program and the new Centre for Collaborative Education (CFCE), both available to students in September 2018, DC is well-positioned for future growth and development. These incredible advances speak to the momentum with which DC is launching into its next 50 years. We hope you will join us for the ride! 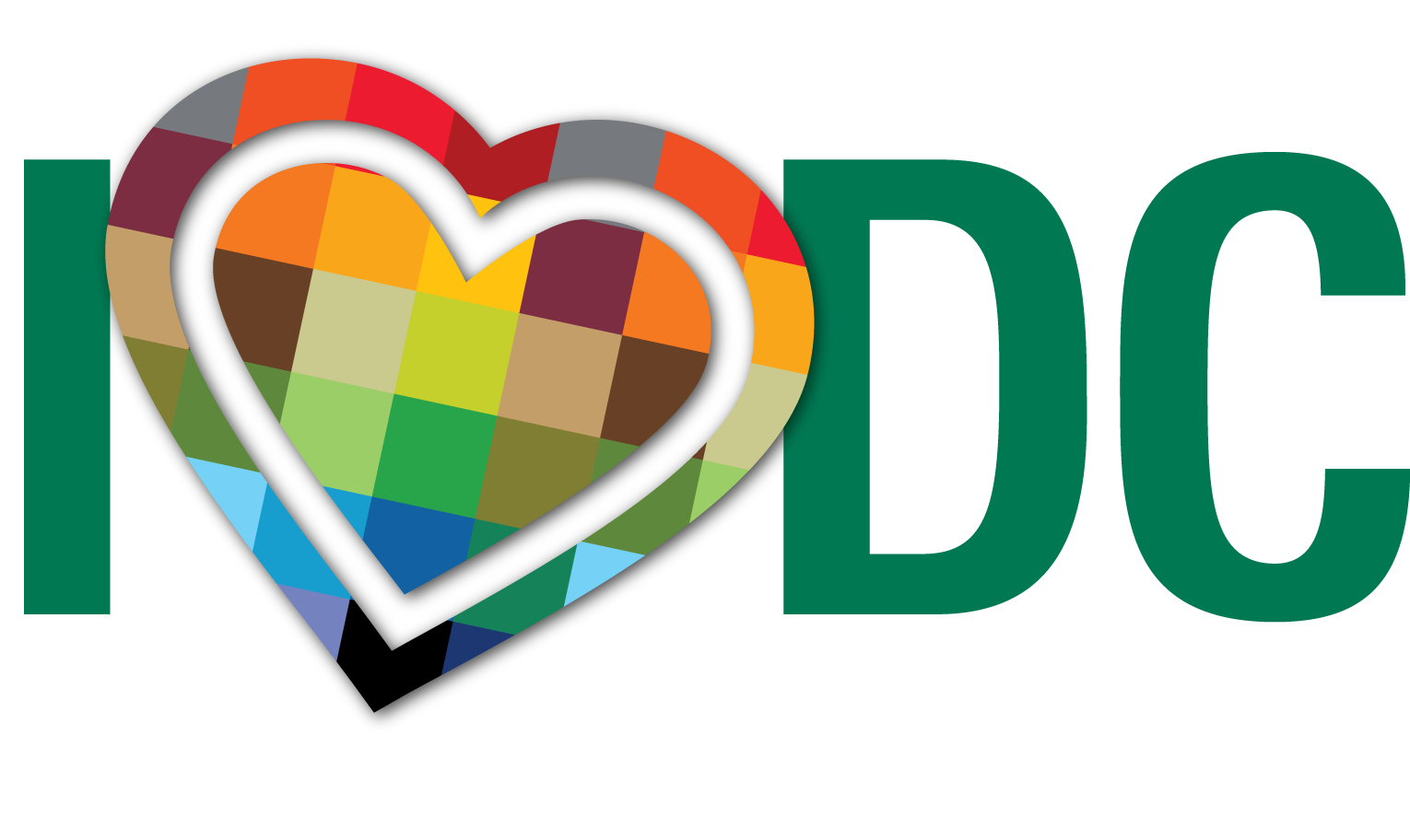 Building an Innovation Community, Together

Stepping into the future, DC continues to demonstrate innovation through collaboration – both locally and globally – via its applied research agenda and exploration into creating innovation centres across technology, business and industry.

The college’s newest learning environments are designed to meet emerging market demands, including the AI Hub and the Centre for Craft Brewing Innovation (CCBI), which positions DC as a leader in the flourishing craft brew market, enabling the college to meet the demands of this growing industry boom by offering brewers access to expertise and state-of-the-art technology while enabling students to gain valuable experience working on applied research brewing projects.

For students who hold a diverse skill set, according to Lessard, the world really will be their oyster moving forward suggesting that “students focus on diversifying their education among distinct interests which will help serve them better in the long run.”

So, how does that translate into careers for graduates? From Maraj’s perspective, “society will continue to see an uptrend in technology-based careers such as computer programming and coding-related jobs, as they relate to a wide variety of industries including a shift in work culture with more companies empowering autonomy among employees while emphasizing teambuilding in a more relaxed work environment.”

Lastly, by promoting collaborative, open dialogue on campus, DC’s students will continue to develop a sense of self that will serve them well in their careers, according to Hector-Alexander. “Our graduates recognize their value in the workplace environment, as well as their role in advocating for a seat at the table to bring discussion about empathy and diversity to the forefront.”

Whether it’s through advancing high-impact technology in leading business and industry, producing graduates ready to develop real solutions to global challenges for a sustainable future or shaping meaningful discussion and cultivating community around issues of diversity, inclusiveness and mental health for a stronger, more resilient humanity, DC is tremendously excited about the endless possibilities to innovate the future, together!

One of Canada’s Top 50 Research Colleges year after year, and a leader in post-secondary education, DC thrives on innovative applied research conducted in collaboration with industry, students, employees and community organizations via our Office of Research Services, Innovation and Entrepreneurship (ORSIE) . This includes our commitment to solving business, technological and social challenges through applied research projects designed to advance the economic prosperity of Durham Region and beyond. In addition, it includes the introduction of advanced resources such as the for AI Hub , which launched in December 2017 and offers small-and-medium-sized enterprises (SMEs) an access point to the rapidly growing field of Artificial Intelligence (AI) and the new Centre for Craft Brewing Innovation, which launched in March 2018 and offers craft brewers access to expertise and state-of-the-art technology, as well as micro-analytical and research services. The following examples showcase only some of the projects ORSIE has engaged in over the past year.

In spring 2017, ORSIE hosted its seventh annual Research Day at the college’s Oshawa campus, highlighting the leading-edge applied research being conducted by DC in collaboration with industry and institutional and community partners in areas including data analytics, automation and mobile applications. Aimed at exhibiting the significant impact of applied research in the community while demonstrating how DC students increasingly benefit from such learning opportunities, the event featured Ryan Turnbull, founder and president of Eco-Ethonomics Inc., who spoke about the advancement of social innovation and social enterprises in Canada. In addition, the WeTraq, a global tracking device designed to help families stay connected to loved ones living with autism, dementia and Alzheimer’s disease was also presented. The credit card-sized device, which remains with a person at risk of wandering so family members can track their whereabouts around the world, was conceptualized by WeTraq and brought to life through collaboration with DC students and faculty.

In fall 2017, as part of a grant program launched in partnership with the University of Ontario Institute of Technology (UOIT) and Spark Innovation Centre, the college invited small businesses looking for support to develop products focused on robotics, automation or controls, to tap into ORSIE’s local expertise. Through funding from the National Research Council Industrial Research Assistance Program, local companies accessed a variety of services for assistance with the development of a business/marketing plan; modification of control software; and prototype design/development with successful applicants given access to leading research and testing facilities at the shared DC-UOIT Oshawa campus.

In fall 2017, DC was named one of Canada’s top 50 research colleges by Research Infosource Inc. for the fifth year in a row, clearly demonstrating the college’s calibre in applied research and commitment to solving real-world challenges through innovation and collaboration under four themes – cultivating healthy lives and resilient communities; advancing agriculture, agri-business and tourism; enabling technologies of the future; and enhancing scholarly teaching and learning. In particular, DC is focused on enabling technologies of the future and helping organizations develop, customize and implement state-of-the-art artificial intelligence (AI) systems and practices into business solutions through its new AI Hub.

2017-2018 saw DC take a leading role in AI applied research beginning with the launch of the first-of-its-kind AI Hub at the Oshawa campus in late 2017. Housed within ORSIE, the hub offers SMEs an access point to the rapidly growing field of AI, including access to technical expertise; state-of-the-art facilities and learning platforms; and emerging student leaders. This was followed by the announcement of a partnership between the AI Hub and iCare Home Health (iCare) in winter 2018 to bring advanced AI features to iCare’s mobile application for health-care delivery across distances. DC professor Amit Maraj and his team of research assistants, in conjunction with the AI Hub, are working to add AI voice control functionality to iCare’s Health Espresso app. Lastly, in winter 2018, ORSIE was awarded $250,000 through the province’s Colleges Applied Research and Development Fund (CARDF) to support the development and adoption of AI in business solutions. Focused on narrow AI (e.g. software that uses technologies such as machine learning, decision support, natural language processing and automation to make business recommendations, autonomously make decisions, or take action in a manner that would be considered intelligent) the CARDF research is designed to help SMEs uncover new business insights while providing intelligent and autonomous solutions designed to increase a company’s productivity and growth.

In winter 2018, the college announced a five-year collaboration with Lakeridge Health focused on growing experiential learning, applied research and innovative education to address issues in health care. Under the agreement, the two organizations are collaborating to establish initiatives focused on improving health care; foster partnerships to enable the formulation and potential commercialization of new technologies; co-ordinate joint opportunities in experiential learning, applied research and innovative education; contribute to seminars, workshops and academic initiatives that support the vision of both organizations; and share access to facilities, equipment, systems, information and data.

The agreement supports two of the four themes under ORSIE’s research umbrella; enabling technologies of the future and cultivating healthy lives and resilient communities, and aligns with the college’s first degree program, the Honours Bachelor of Health Care Technology Management (BHCTM), announced in early 2017.

In spring 2018, DC announced the opening of the Centre for Craft Brewing Innovation (CCBI) at the Whitby campus. Consisting of a pilot brew line and brew lab purchased using a $150,000 Applied Research Tools and Instruments grant from the Natural Sciences and Engineering Research Council of Canada, the CCBI offers craft brewers access to expertise and state-of-the-art technology, as well as micro-analytical and research services. Under the direction of an experienced microbiologist and brewmaster, craft brewers can address potential brewing challenges by experimenting with new recipes and flavour profiles, propagating and maintaining yeast strains and conducting scientific analyses to ensure the analytical and microbiological integrity of beer. In addition, students can gain valuable working knowledge via research projects with brewers and applying what they learn in the classroom to address industry issues.

ORSIE by the numbers

Highlighting the 2017-2018 achievements of our students, our people, our business and our community.