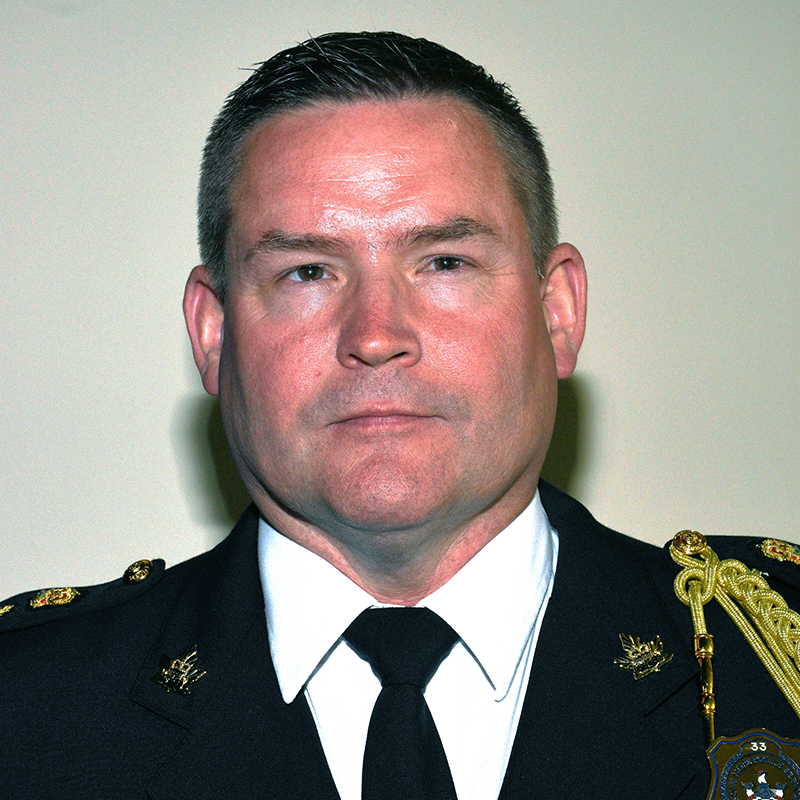 As chief of the Port Hope Police Service, Bryant Wood is one of 54 people province-wide who currently hold the rank of chief of police. During his 25-year career, he has served as deputy chief and in supervisory roles providing leadership and mentoring. Chief Wood credits the education he received at DC for providing him with technical and teamwork skills that have been valuable in his policing career.

A decorated police veteran, Chief Wood was recognized by the Governor General of Canada with the Star of Courage and Medal of Bravery in 2010, as well as the Police Exemplary Service Medal in 2013. He was also awarded the Ontario Medal for Police Bravery by the Lieutenant Governor of Ontario in 2008.

In addition to his work, he has also given back to the community, sitting on numerous boards including the Cornerstone Family Violence Prevention Centre, which works to free families from domestic violence, and the Ganaraska River Fishery Strategy Committee. He is also the past vice president of the Port Hope Police Association and was a past board member for the Northumberland Domestic Violence Action Committee.

Chief Wood has three sons, two of which currently attend DC. He is a diligent advocate for individuals who have been diagnosed with Autism, including his youngest son Nathan, and was a founding member of the Northumberland Family Autism Support Network.