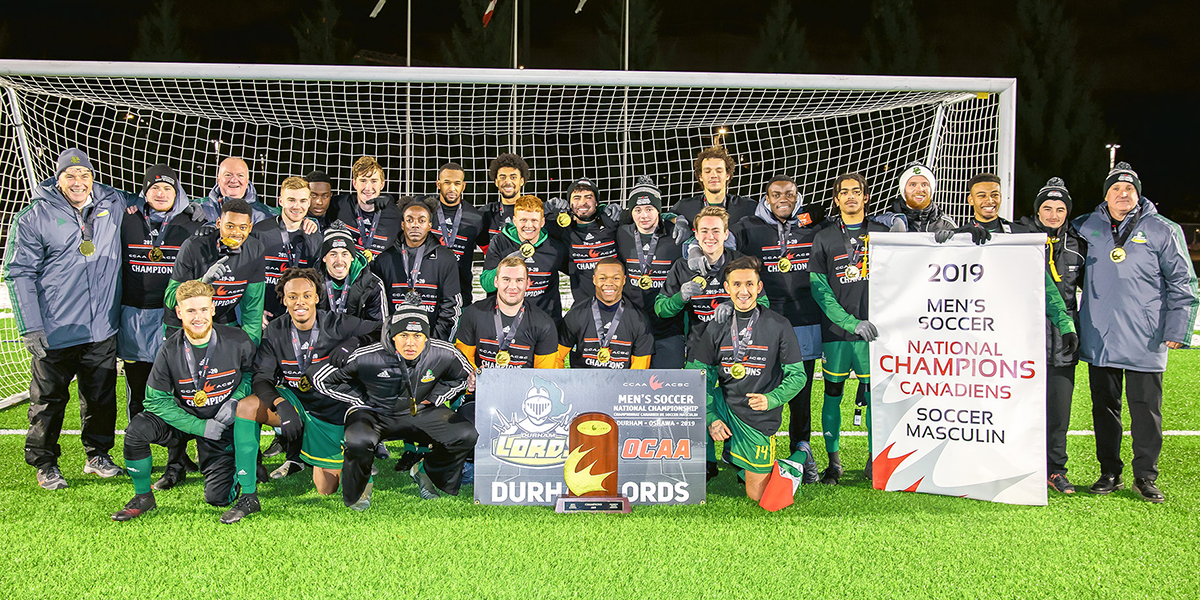 For over thirty-seven years the Durham College Varsity Athletic programs have consistently recorded provincial and national team and individual success.

With 229 Provincial Championship medals, we rank third out of 27 member schools, all-time in OCAA medals won. The tradition of excellence, supported by administration, has been developed and continued - year in and year out by the dedicated staff, first-rate coaches and of course by talented and focused student-athletes from around the province and across Canada. Our teams are nicknamed "LORDS" after the famous Lord Simcoe who distinguished himself historically in this region.