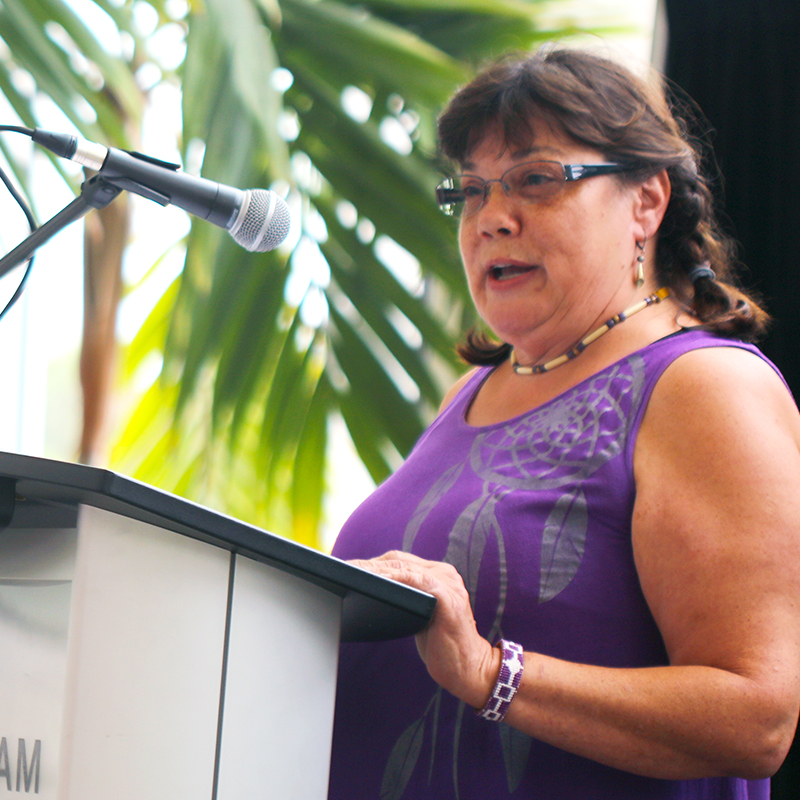 “In the mid-80s, I enrolled in a series of DOS computer classes. I was 23 years old and already a single parent. My employer was offering a chance to attend computer training courses and I had always regretted not attending high school, so I was eager for the opportunity to learn.”

It was the first time she had ever stepped foot on a college campus, let alone taken a college course, and she was more than a little intimidated. Fortunately, stronger than her feelings of intimidation was her determination to succeed.

“I remember coming to tears in one programming class,” she shared. “But these DOS certificates represented a pivotal moment in my journey. They opened the door for me to have more than just a job – I was building a foundation for a career.”

Over two decades, Dillon returned to DC several times to add to her computer credentials. Though she carried a dream of pursuing full-time studies, life’s realities kept it out of reach. Raising her daughter alone made full-time employment a must, only leaving windows in the evenings and weekends for her to study.

Beyond that she was also struggling to keep herself and her daughter safe – the second time Dillon enrolled in a course at DC she was living in a women’s shelter after enduring horrific domestic violence. She credits the weekly class structure and focus required to learn with helping her survive that difficult time.

Survivor is just one part of who Dillon is – she’s also Kanienkeha:ka, part of the Mohawk Nation, a member of the Wolf Clan, and a secondgeneration residential school survivor.

“Growing up, being a second-generation survivor meant just the idea of attending school raised concern in my older family members,” she said. “It was never encouraged or considered a priority.”

It was all the more remarkable then when Dillon also became a First-Generation post-secondary student. In 2015, after being laid off following 25 years of continuous employment, she found herself back on the DC campus – this time as a grandmother – with a plan to use her severance pay to fund the full-time studies that had always eluded her. After achieving terrific success in her academic upgrading courses, Dillon entered the Fitness and Health Promotion diploma program.

“My goal going into the program was focused and modest: graduate and be qualified to share my knowledge about health promotion to empower my Indigenous brothers and sisters to exercise healthy lifestyle choices,” she said.

Looking back on how far she’s come, Dillon still gets emotional – only now the tears come from a very different place than they did during her first days on campus attending DOS certification classes.

“I still have some disbelief that I really achieved what I always dreamed of,” said Dillon. “But I wanted to show my grandchildren that anything is possible. I want them to want education and experience the same support that I had at DC.”

After graduation, Dillon received a contract with the federal government as a learning assistant with the Canada School of Public Service (CSPS) – a fitting role for someone as drawn to education and life-long learning as she is.

Now, Dillon manages logistics at CSPS to ensure efficient delivery of courses covering a myriad of topics. She also assists faculty to ensure course content is kept up-to-date, a role she hopes to take further by integrating recommendations from the Truth and Reconciliation Commission of Canada’s (TRC) calls to action.

“Looking forward, I hope to develop content specific to the TRC and how our federal and provincial governments are working towards fulfilling the 94 calls to action,” she said. “I plan to showcase successes within the post-secondary education system, identify barriers and perform a gap analysis.”

Dillon will also pursue further education as she works in her new position; she is enrolled in the Bachelor of Social Work at Trent University starting this fall.