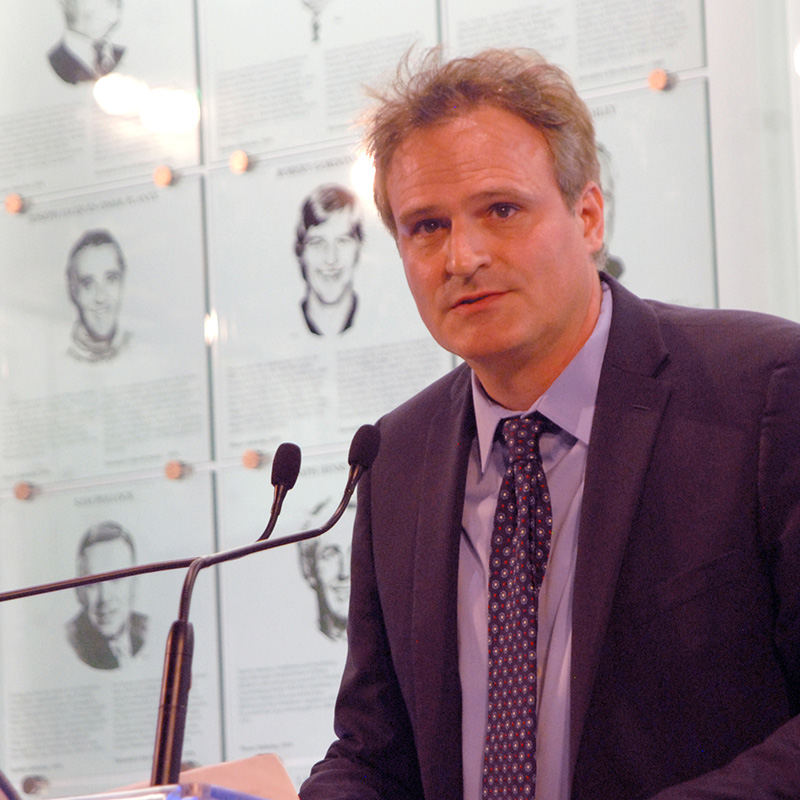 Jeff Denomme has served the Hockey Hall of Fame (HHOF) in various capacities beginning with a Durham College Sport Administration internship in October 1986. As director, finance and operations, he played an instrumental role in the design, development and operational planning for HHOF’s $27-million relocation and expansion from the CNE grounds to Brookfield Place, Toronto in 1993. At age 27, he was appointed as vice-president, operations and treasurer. Five years later, on January 1, 1998, he assumed the role of president, chief operating officer and treasurer, and on August 1, 2013, he was appointed to his current position as president and chief executive officer.

Denomme’s hands-on management approach in conjunction with his contributions in the areas of strategic planning, exhibition/facility design, marketing partnerships, information technology and corporate finance have provided the cornerstone of HHOF’s economic sustainability and its on-going growth and development. Over the past 22 years, HHOF has become one of Canada’s premier tourist attractions and is renowned worldwide as the model for innovation and efficiencies in the sports hall of fame and museum industry.