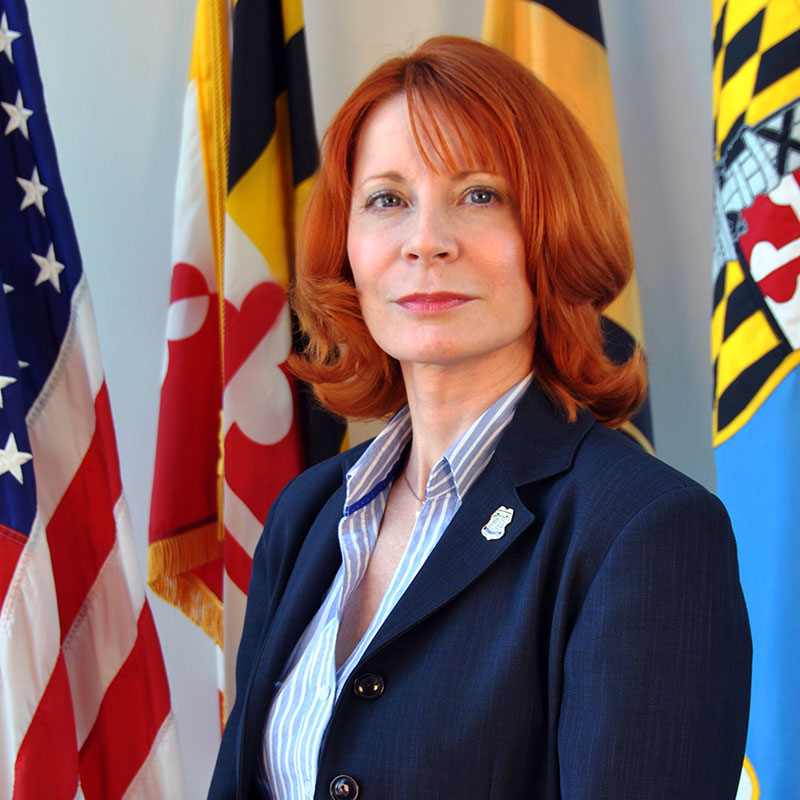 Judy Pal has had a long and winding career. It’s one that has seen her hold the title of community relations coordinator for the Edmonton Oilers, television anchor for Global Television, chief of staff for numerous police organizations, and director of operations for the FBI Law Enforcement Executive Development Association (LEEDA).

Before all that, though, Judy’s story started 36 years ago at Durham College (DC), where she graduated from the Sports and Entertainment Administration program (now known as Sports Administration).

“I was always interested in law enforcement, but because of height restrictions back then, I followed my second passion, professional hockey, before turning my attention back to policing after a stint in PR consulting and broadcast journalism,” recalls Judy, who today provides counsel to national and international public safety clients.

Although her career path has taken some interesting turns, it began like those of many other successful students: a professor took notice of her talent, hard work and potential and hired her. Beginning as a statistician for the Junior B Oshawa Legionnaires, Judy helped the players write their applications for university. This experience landed her a placement with the Oshawa Generals. As her classmates crossed the stage at convocation, she wasn’t able to make it because she was busy working the OHL draft.

That experience led to a full-time position right out of school with the Moncton Alpines, and was later ‘called up’ to the NHL two years later and to be part of the 1988 Stanley Cup champion Edmonton Oilers.

After spending a few years in broadcast journalism and public relations, Judy took her communications experience and applied it to her first love, law enforcement, and accepted a job with Halifax Regional Police in Nova Scotia before moving to the US. After a short stint with the City of Irvine in California, she joined the Atlanta and then Savannah police departments in Georgia managing public communications. From there, she took on the chief of staff role in Milwaukee and Baltimore before eventually finding herself serving as director of operations for the FBI-LEEDA. In this role she developed and managed leadership course curriculum and became a sought-after lecturer and public speaker in the field of communications for public safety.

“If someone told me when I graduated that I would have the career I’ve had, I would have told them they were crazy,” Judy says. “Once I got to the New York Police Department , I used to sit and wonder when people would ‘find out’ that I’m just some woman with a sports administration diploma and PR degree from Canada!”

Yet it was that college diploma that started Judy on her unique journey and she credits two of the lessons she learned at DC to much of her success.

First: “Networking is key. No matter how much you know, it’s more about who you know – especially in the world of professional sports and law enforcement,” says Judy. “I’ve been extremely blessed to have established strong relationships in the field and police leaders often recommend me to others because of this.”

Second: “Never stop learning! I’ve worked with and learned from some of the smartest people in both hockey and law enforcement. I see myself more of a conduit of my former mentors’ knowledge than an expert myself,” she explains.

What she’s gained through networking and mentorship has led to her current work as a consultant spending most of her days on the road training public information officers and police leaders about how to better communicate. She’s also written a guide on crisis communications and was recently the keynote speaker for the Canadian Association of Chiefs of Police Strategic Communications Conference.

“I’d like to think I’m providing law enforcement tools to help improve their abilities to better communicate on behalf of their department,” says Judy. “My guide on crisis communications is being used by some major city departments in the U.S. as required reading for promotional exams. Everywhere I have worked, I hope I have contributed to some small legacy project or best-practice.”