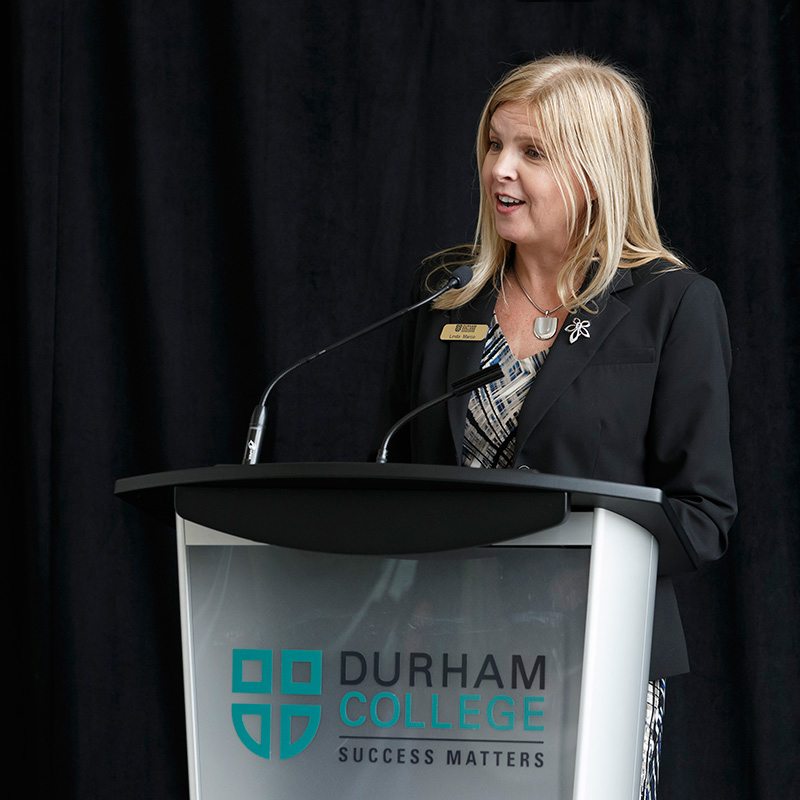 More than 25 years after graduating from Durham College’s Public Relations program, Linda Flynn (Marco) returned as the associate vice-president, Office of Development and Alumni Affairs. In addition, she is president of the Durham College Foundation. In these roles, Flynn is responsible for implementing strategies to engage current and potential donors; ensuring funds are invested and stewarded appropriately; and developing a sense of loyalty and commitment among the college’s alumni community.

Prior to joining DC, Flynn was the director of Advancement for Lakeridge Health Foundation where she helped educate the community about health-care services available in Durham Region, encouraging donors to give where they live. This included managing development programs such as major gifts, third-party events and direct response campaigns, generating an annual revenue of more than $3.5 million. Additionally, she successfully implemented a new visual identity for the foundation and hospital and developed a 10-year comprehensive campaign to raise funds for the redevelopment of Lakeridge Health.

“Durham College has an amazing reputation in the community,” said Flynn. “I’ve lived in Durham Region for more than 15 years and have been watching the college’s growth. Although most of the people and the buildings have changed, I still feel the same welcoming culture as I did as a student.”