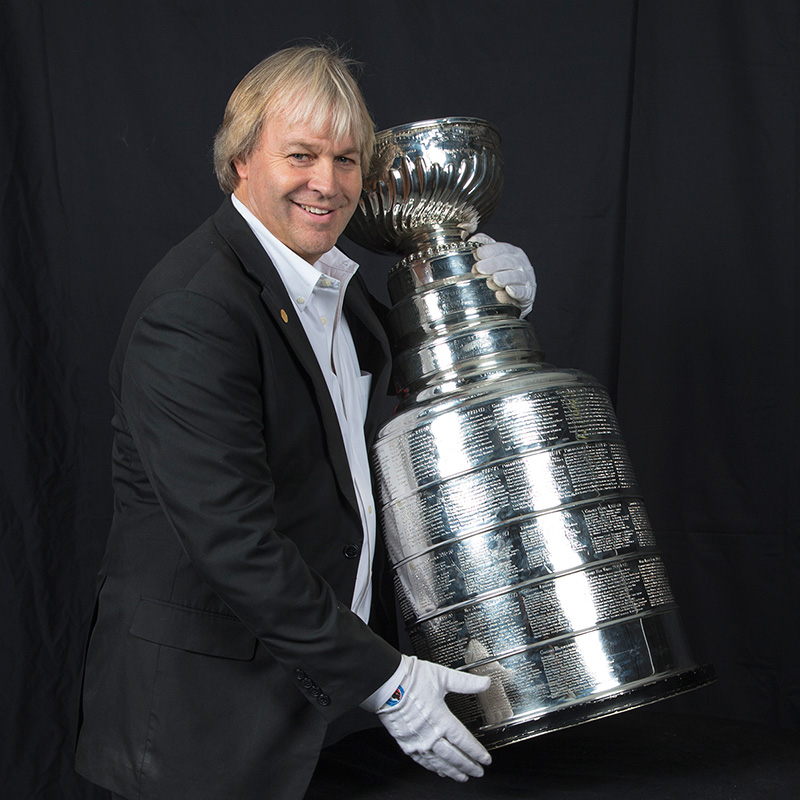 Philip Pritchard, Durham College graduate of the Sport Administration program, travels the globe to promote the game of hockey, the Hockey Hall of Fame (HHOF) and museum as well as exhibits its collection. Pritchard has visited more than 35 countries and attended a number of key amateur and pro hockey events, including the Olympic Games and World Championships.

Since joining HHOF in 1988, Pritchard has been instrumental in the museum’s growth, including its 1993 move to Toronto and the 2009 opening of the new home of the museum’s vast archival collections.

Part of his duties include traveling with the Stanley Cup, a position he has held since his first week on the job. As “Keeper of the Cup”, Pritchard has also gained great notoriety for his role of walking the Stanley Cup out onto the ice to be presented to the National Hockey League’s champion. The trophy is given to each player of the championship team for a day which means Pritchard travels more than 150 days a year. He has been featured in several television shows and specials promoting the Stanley Cup as well as television advertisements for brands including, MasterCard, Discover Card and Honda.

In addition to his responsibilities with HHOF, Pritchard has served for many years on the board of directors for International Sports Heritage Association (ISHA) as well as the Canadian Association of Sport Heritage. He is also a past member of the Selection Committee for the Sports Hall of Fame in his hometown of Burlington as well as a committee member for the Lester Patrick Award, which selects outstanding contributions to hockey in the United States, and sits on the International Ice Hockey Federation’s Historical Committee.

In 2009, he received the Schroeder Award, the ISHA’s highest honor.