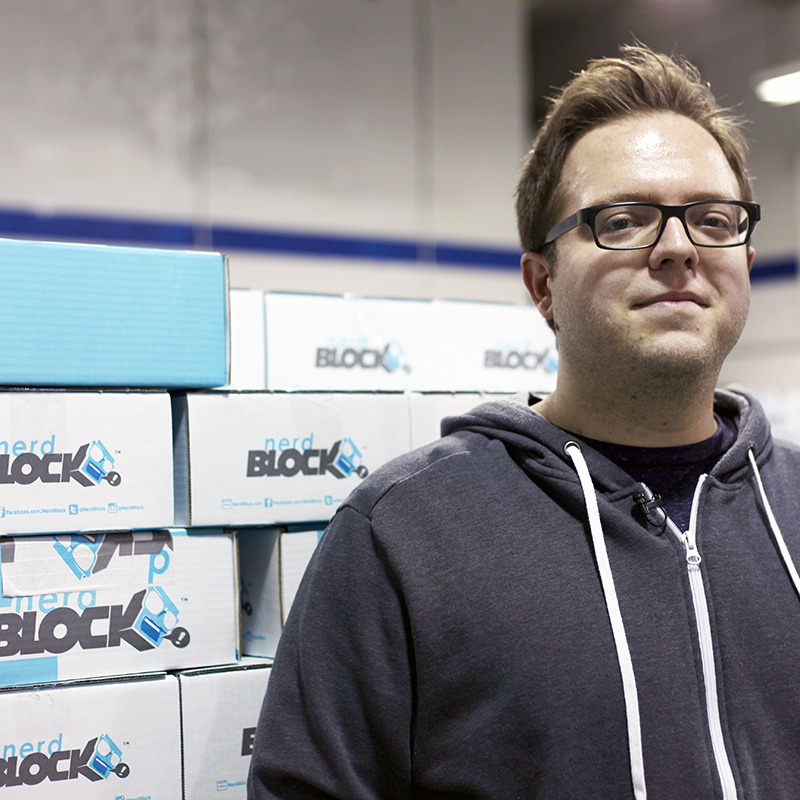 After graduating in 2004 from the Advertising program at Durham College (DC), Russ Montague discovered a way to convert his love of pop culture and his plethora of work experience with iconic companies such as MuchMusic, MTV Canada and Universal Studios into multiple entrepreneurial endeavours, making him a geek-culture staple.

In 2011, Montague founded the 24-hour flash retail website ShirtPunch, which offers customers in 96 different countries the opportunity to purchase a newly designed T-shirt at the low price of $10. Each shirt is available for 24 hours only, increasing the exclusive nature of the design. This first dip into being an entrepreneur was sparked by Montague’s desire to become his own boss and its foundation cemented during his time at DC.

“Going to Durham was eye-opening for me because I discovered what I really wanted to do right from day one,” said Montague. “It really shaped my foundation. I am a nerd at heart and if I didn’t own these companies I would subscribe to them and purchase from them.”

The success of ShirtPunch’s unique business model has enabled the company to receive endorsements from several celebrities including icons like director Kevin Smith and Marvel creator Stan Lee; opened doors to substantial licensing opportunities with large brands such as Star Wars, Star Trek, and most recently, the new NBC television show Hannibal; and allowed Montague to develop his second entrepreneurial endeavour, a subscription-based company called Nerd Block, which offers subscribers in 21 countries a box of five to six toys and collectibles and an exclusive T-shirt every month.

Montague gives back to DC by visiting the campus to share his wealth of information and experience that inspires, educates and motivates other students to think outside the box so they can become the innovators of tomorrow. He was also a guest speaker at DC’s first ever Alumni in the Pit event, and at DC’s 2014 convocation ceremony.