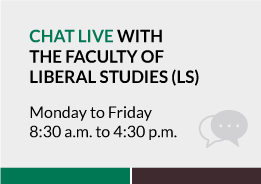 In response to the Truth and Reconciliation Commission’s Calls to Action 62 to 65, Durham College has embedded mandatory First Nations, Métis, and Inuit general education elective courses in some of its programs. Students will have the opportunity to select from one of four courses where they will explore a variety of topics including First Nations, Métis, and Inuit histories, culture and national issues.

First Nations, Métis, and Inuit general education elective courses appear in the program of study as FNMI 0000. This is called a “placeholder.” The placeholder is replaced by an actual course that students will select from when registering. Please note that the type and number of elective courses available will vary from semester to semester and from year to year.

The following is a list of current FNMI 0000 options available to students:

The course will provide students with an introduction to First Nations, Métis and Inuit (FNMI) peoples in Canada including their diverse histories, cultures, and ways of knowing.  Students will challenge pre-conceived ideas and stereotypes about FNMI people and will learn about the past, present, and future as it relates to FNMI peoples in Canada.  Some topics will include Indigenous world view, colonization, treaties, the Indian Act, residential schools, the 60’s Scoop, urban issues, intergenerational trauma, resiliency, and reconciliation.

This course will provide context for past and current portrayals of Indigenous peoples and topics in literature, film, and media. With a better understanding of Indigenous cultures, histories, and perspectives, students will analyze sources related to, and/or about Indigenous peoples, through a critical lens whilst identifying the failings of the past and the successes of contemporary developments.

This course provides an introduction to the Métis and the complexity of emerging Métis identity across Canada today. The focus of the course is on the lives and experiences of Métis people, their ancestral communities, kinship ties, governing systems and contemporary issues, to develop a comprehensive understanding of Métis Nationhood. Important themes include: assimilation, cultural persistence and survival, adaptation and identity.

Although it covers broader topics relating to all Métis (e.g. those historically located in Western Canada), course content centres specifically on the Great Lakes Métis (including the modern Ontarian Métis experience).