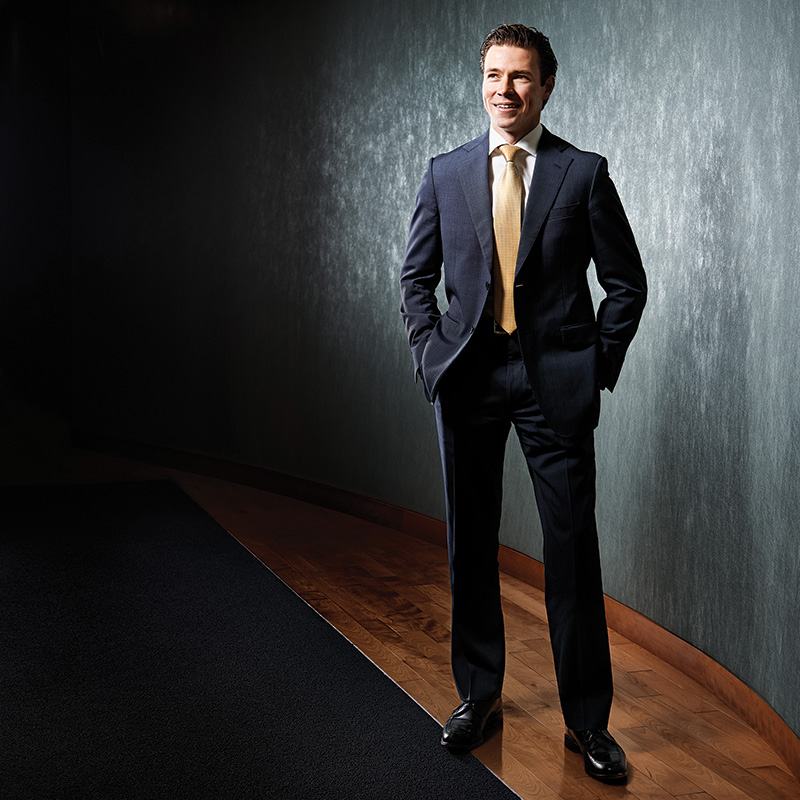 It is no secret that DC Alumni Ian Ball has made a name for himself on Bay Street. After graduating from the college’s Marketing – Business Administration program in 2002, Ball used his networking prowess and business savvy to impress well-known businessman Robert McEwen. With McEwen’s guidance, he quickly hoisted his way to the top, becoming one of the youngest-ever vice-presidents of a publicly traded Canadian company by the age of 22.

As head of Investor Relations at Goldcorp Inc., Ball successfully completed a number of corporate mergers and acquisitions, positioning himself as a key player in the creation of McEwen Mining (McEwen), a gold and silver producer with 1,700 employees operating in four countries. In 2013, he was named president of McEwen and during his time with the company he helped build it from a $5 million market capitalization to $750 million and establish it as a publicly traded company on the New York Stock Exchange.

After working with McEwen for 10 years, Ball was eager to break new ground and set his sights on Abitibi Royalties. Once again, he was able to impress with his innovative ideas and unconventional methods, securing himself the position of chief executive officer in 2014.

Never forgetting his time at DC before becoming the golden boy of Bay Street, Ball annually supports students through the scholarship and bursary program by funding the Ian J. Ball award. The gift recognizes the student who shows the most improvement from Year 1 to Year 2 in the Marketing – Business Administration program.

Ball continues to give back by returning often to DC, inspiring students to challenge their limits and reach for success. This includes speaking at the college’s Alumni in the Pit event as well as addressing the graduating class at DC’s 2014 spring convocation ceremony.

In 2016, he returned to the classroom to speak to third-year marketing students. In addition to providing these soon-to-be graduates with his words of wisdom, Ball presented each student with a copy of the book Moneyball: The Art of Winning an Unfair Game by Michael Lewis. Inside each copy he included a note to the students explaining the story taught him a valuable lesson, if you do the same as everyone else, don’t expect to be more than average.”