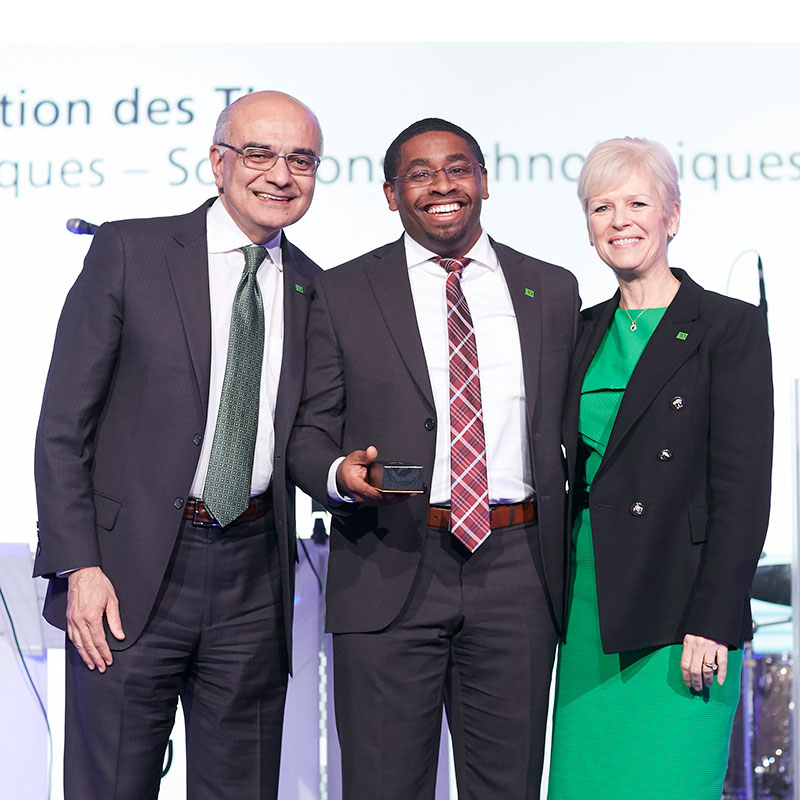 In May 2015, Durham College (DC) alumnus Kiwesi Brown joined an elite group of his colleagues at TD Bank Group (TD) when he received the organization’s annual Vision in Action Award of Distinction. A 2004 graduate of DC’s Computer Technology Systems program, Brown joined TD as an IT analyst in 2010 and quickly developed a reputation for delivering superior service to his fellow employees while managing a variety of end-user requests, incidents and problems related to the bank’s IT network.

The Vision in Action Award of Distinction recognizes the contributions of outstanding employees who consistently demonstrate all seven of TD’s ‘Guiding Principles’ in support of its vision to be The Better Bank, and approximately only one in 1,000 of TD’s ‘best of the best’ are recognized each year.

“Being recognized as a Vision in Action recipient is a great honor,” said Brown, who is now a senior IT operations analyst. “It’s an acknowledgment of strong individual contributions and the highest achievement here at TD, an organization which I am proud to represent.”