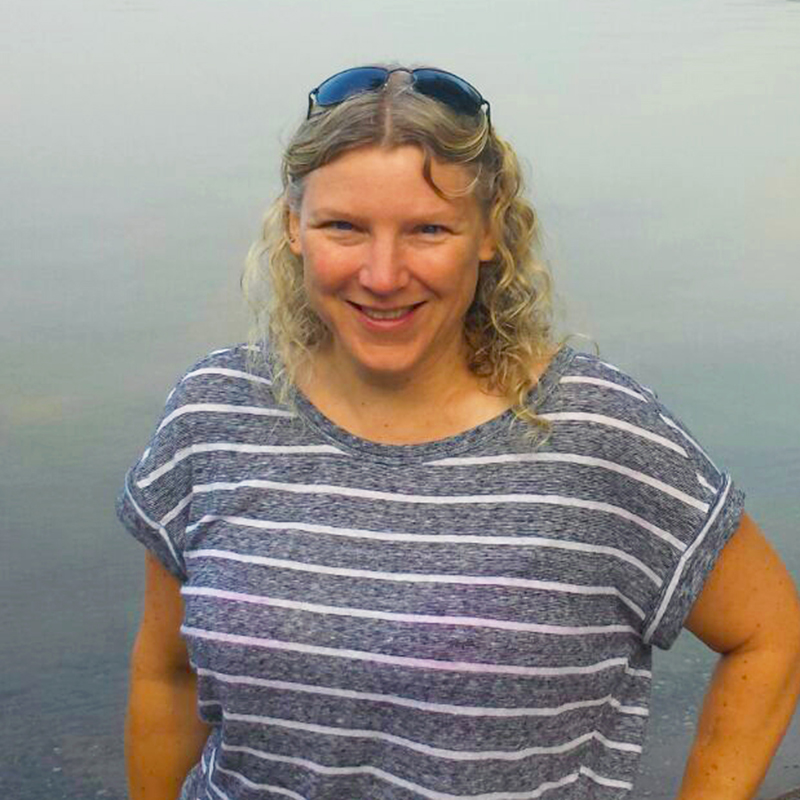 Donating to Durham College (DC) was never something Suzanne Land had considered. An alumna of the Accounting – Business program and a current payroll specialist in the Finance Department, DC has been a major part of Suzanne’s life for the better part of a decade.

For Suzanne, a chance encounter with Rick Johnson, a former member of DC’s Board of Governors, planted the seed of giving back to the college in 2016. Already donating her time regularly to causes within her community, she and Rick both met while volunteering. As they got to talking, she learned more about the soon- to-be-announced Building Something Amazing campaign, which would replace the aged Simcoe building with the new Centre for Collaborative Education (CFCE), a state-of-the-art learning environment where students, employees and the broader community work together in ways that transcend traditional concepts of education.

Inspired by how the CFCE would enhance the student experience and excited about the future of the college, Suzanne decided to reach out to the Office of Development and Alumni Affairs to find out how she could support the new building. A short while later, quite fittingly, Suzanne became one of the campaign’s first payroll- deduction donors.

“I grew up in the Durham Region and am passionate about higher education and lifelong learning,” said Suzanne. “I’m an alumna and employee, and hopefully a future DC parent – and with this much already invested in DC, I want to further support the institution so that it continues to help future generations succeed.”

Fast forward a few years, Suzanne is planning to donate again – this time reaching out to support an initiative closer to her children’s hearts: Esports. With two teenaged sons enthralled by online gaming possibilities, Suzanne’s new gift is contributing to creating a new, innovative and inclusive community for students – one that her own children may someday be a part of.

Situated in the DC Student Centre at the Oshawa campus, the Esports Gaming Arena will be home to the college’s emerging Esports initiatives, which will also see an Esports club, varsity program and eventually, integration into current and future curriculum.

“I encourage students to find interests that enhance their college experience; Esports gaming can do just that,” Suzanne said. “If it gives them hope, while also providing a place – whether physical or digital – to build relationships that may last a lifetime, then I’m an advocate. I know my donation will make a difference in the lives of current and future students.