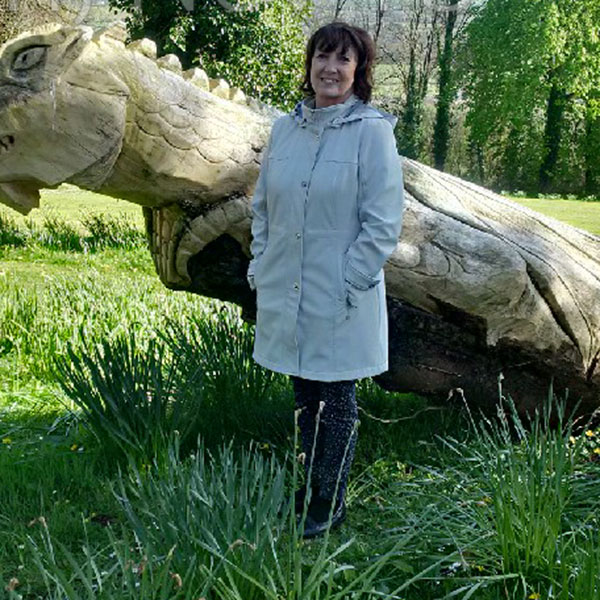 As Louvain (Baldwin) Piggott reflects on her childhood in a South Wales mining hamlet, two independent but equally indelible impressions left on her memory become clear: the value of applied learning and the inequity of so few opportunities being available to the girls and women in her community.

“Every man in my family – every man in my village – worked in the mines, and instead of having formal training, they learned on the job,” Louvain recalls. “Coal was everywhere but so were the dangers of mining, which kept it categorized as ‘men’s work.’ Unfortunately, there wasn’t much thought given to the work girls and women could learn or do outside the home.”

Years later, after leaving their small mining community and arriving in Canada, Louvain and her first husband, Allen Piggott, found themselves overwhelmed by the opportunities available to each of them, solidifying a deep appreciation for all that their new home had to offer.

“We both took notice of the ways in which education could open doors for young people, including young women, which was so different to our earlier experiences,” says Louvain. “Most families back in South Wales couldn’t afford to send their kids to college or university, and that’s another reason why I’m now so passionate about helping to make post-secondary education accessible to more people.”

It’s a passion Louvain shares with her husband, Dr. Phillip “Rocky” Simmons. Rocky also grew up in a working-class family, giving him exposure and appreciation, similar to Louvain’s, for hands-on learning and skilled trades.

The couple are longstanding supporters of Durham College (DC), with ties that go back nearly two decades to Rocky’s service on what was then the Board of Governors for both the college and the University of Ontario Institute of Technology, now known as Ontario Tech. They’ve also made past significant contributions to DC, including a major gift in support of the college’s Centre for Collaborative Education.

For their next act of philanthropy, Louvain and Rocky found inspiration in Louvain’s Welsh mining roots, as well as their shared experience and values connected to applied learning and skilled trades in particular.

“The mining industry that was once everything in South Wales eventually collapsed and left communities quite devastated,” says Rocky. “We found it interesting to think about the loss of those hands-on jobs and the livelihoods they provided, and how here in Canada, including Durham Region, there’s instead a huge need for more skilled trades professionals – machinists and welders among so many others – and the hands-on learning needed to prepare them for satisfying careers.”

In late 2019, Louvain and Rocky established the Piggott-Baldwin Families Fund, an endowed gift of $50,000 named in honour of Louvain’s kin. Invested rather than spent outright, a portion of the income earned on their gift will be used each year in perpetuity for its intended purpose. The remaining income will be reinvested maintaining the real value of their gift.

The Piggott-Baldwin Families Fund will support DC’s highest priorities, with preference given to those impacting skilled trades, science or engineering technology. The timing of Louvain and Rocky’s generous donation couldn’t be better with the college’s Phase IV expansion of its Whitby campus underway, which is designed to shine a spotlight on skilled trades training, innovation and education.

“Where I grew up, we didn’t have a lot but we always shared what we had,” Louvain recalls proudly. “This endowed gift is a way for me and Rocky to share what we have and to give back to the community that’s given us so much.”